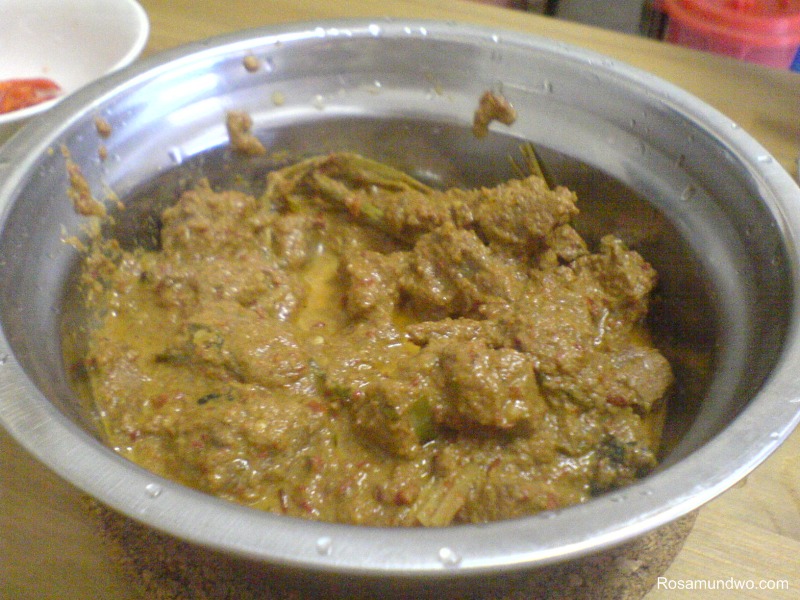 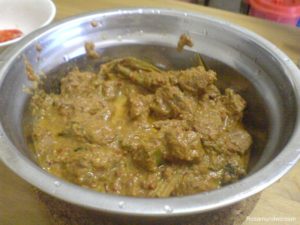 Danau Kota Pasar Tani only opens on Sunday as early as 7 am till 12 noon. So we started our journey at 7.30 am. Initially i plan to buy “Daging Batang Pinang” or in English“Sirloin”, it’s the part of cow’s meat where it’s the most tender, juicy and most expensiveRM26/kg, suitable to make into rendang. Pasar Tani sells only fresh unfrozen meat, so it’s best to get in wet market rather than supermarket. I’m quite disappointed because by the time we arrived at Pasar Tani Danau Kota, “batang pinang part” are no longer available. I’m quite lost because i don’t know any part of a cow’s meat where it’s suitable to make into rendang other than batang pinang. So i ask the seller and he cut the part called“Knuckle”, soft tender but not as tender as batang pinang. I had no choice but to take that part. Next time i’ll remind myself to wake up earlier and reach there before they set up their stall. 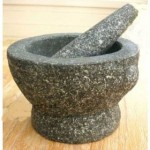 My Batu Tumbuk or Mortar and Pestle 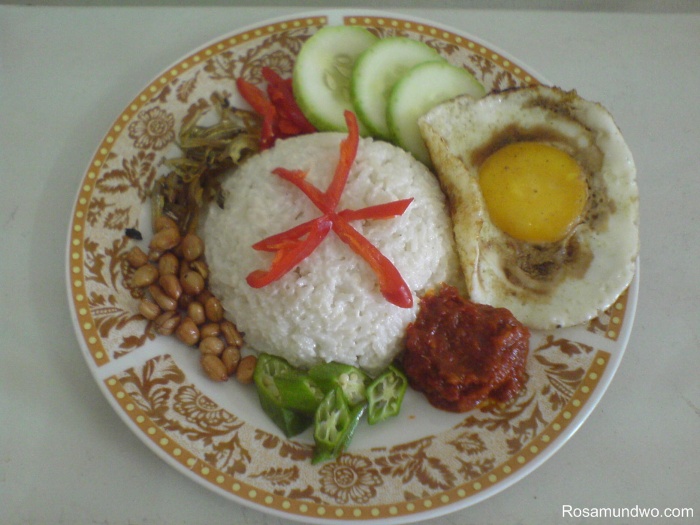